A Letter Leads to a Long Lost Relative

March 17, 2021
Tweet
COLORADO: Noah has bounced around the foster care system for a long time, his advocate have been working for more than two years on his case to find him a permanent home. With each move, it becomes harder for Noah to achieve a healthy and stable relationship. His dedicated advocate, diligent in her search, often hoped he could have at least one person in his life who will be there for him always. 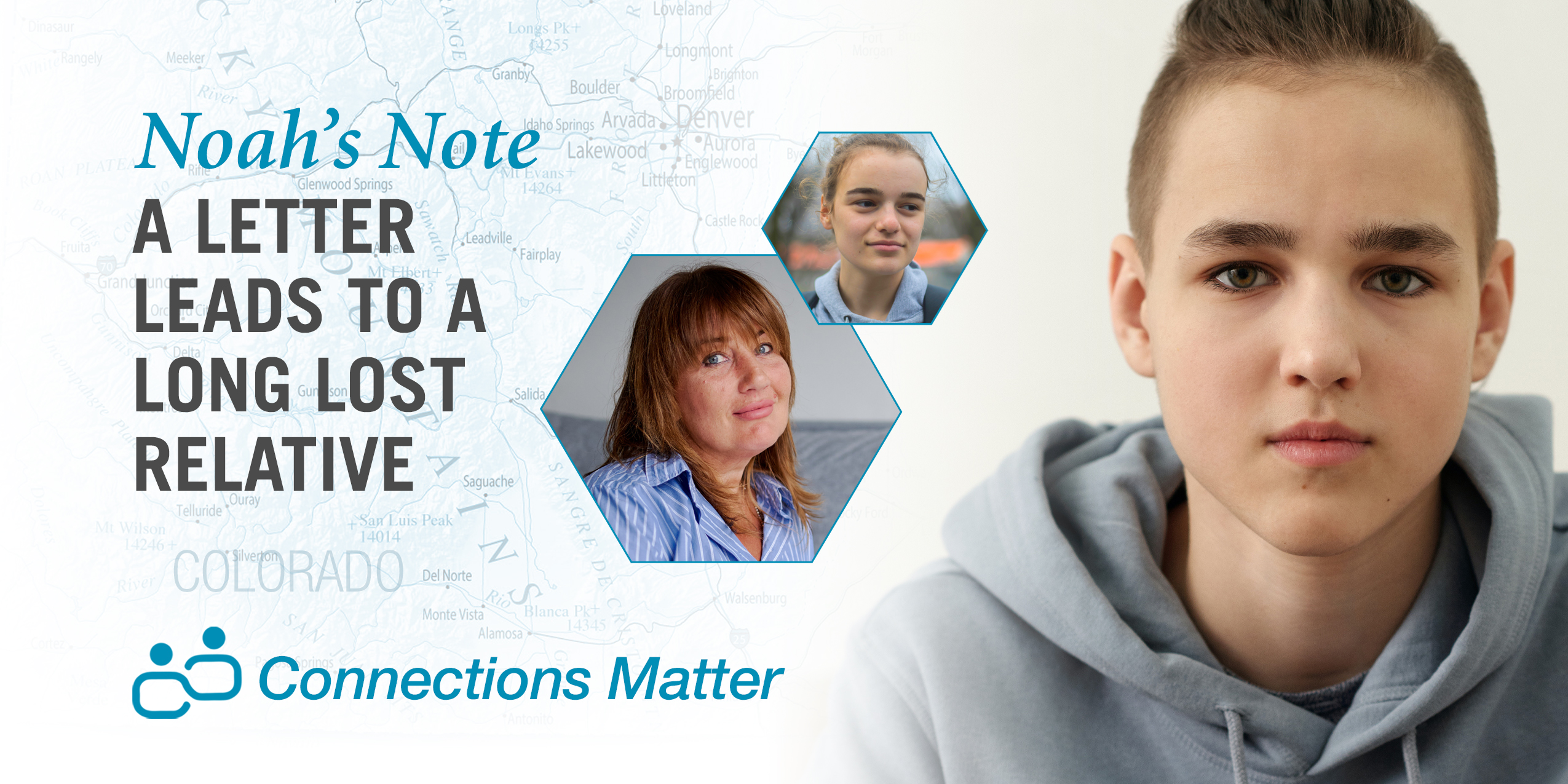 She was having a very challenging time finding relatives for Noah when reviewing the county records alone. From those files, she managed to find a couple of names and the date of birth of Noah’s mother. At first, this didn’t seem like a lot of information but it was enough for Connect Our Kids’ smart technology tools, which populate multiple phone numbers, emails and addresses. The phone numbers were all disconnected and many emails bounced back as undeliverable.

Disappointed but diligent, Noah’s advocate decided to send out letters to the addresses that showed up in the Connect Our Kids software. This strategy worked! Cheryl, a second cousin from Noah’s maternal side, could not believe her younger cousin was still in foster care.

Cheryl was devastated over what happened to Noah, as they had lived together nearly a decade ago. She agonized that she lost track of him for years. But now that they are reconnected, she’s determined to never lose sight of him again. Chery has a daughter Noah’s age and they both want to play a big part in Noah’s life. Cheryl is grateful to Noah’s advocate for making this connection happen.

Child Welfare professionals and special advocates who perform family search and engagement activities are much like detectives; they leave no stone unturned and that’s why they are so successful in making these life-changing connections. ‍