September 13, 2021
Tweet
NEVADA: J.D.’s life has been chaotic since he entered foster care four years ago. In those four years, he has moved 13 different times, growing up in facilities, foster homes, group homes, an institution and an emergency homeless shelter. Not having a stable place to live, or a family to call on, has no doubt deepened his childhood wounds. For most of J.D.’s time in foster care, he has had no ties to his own family. 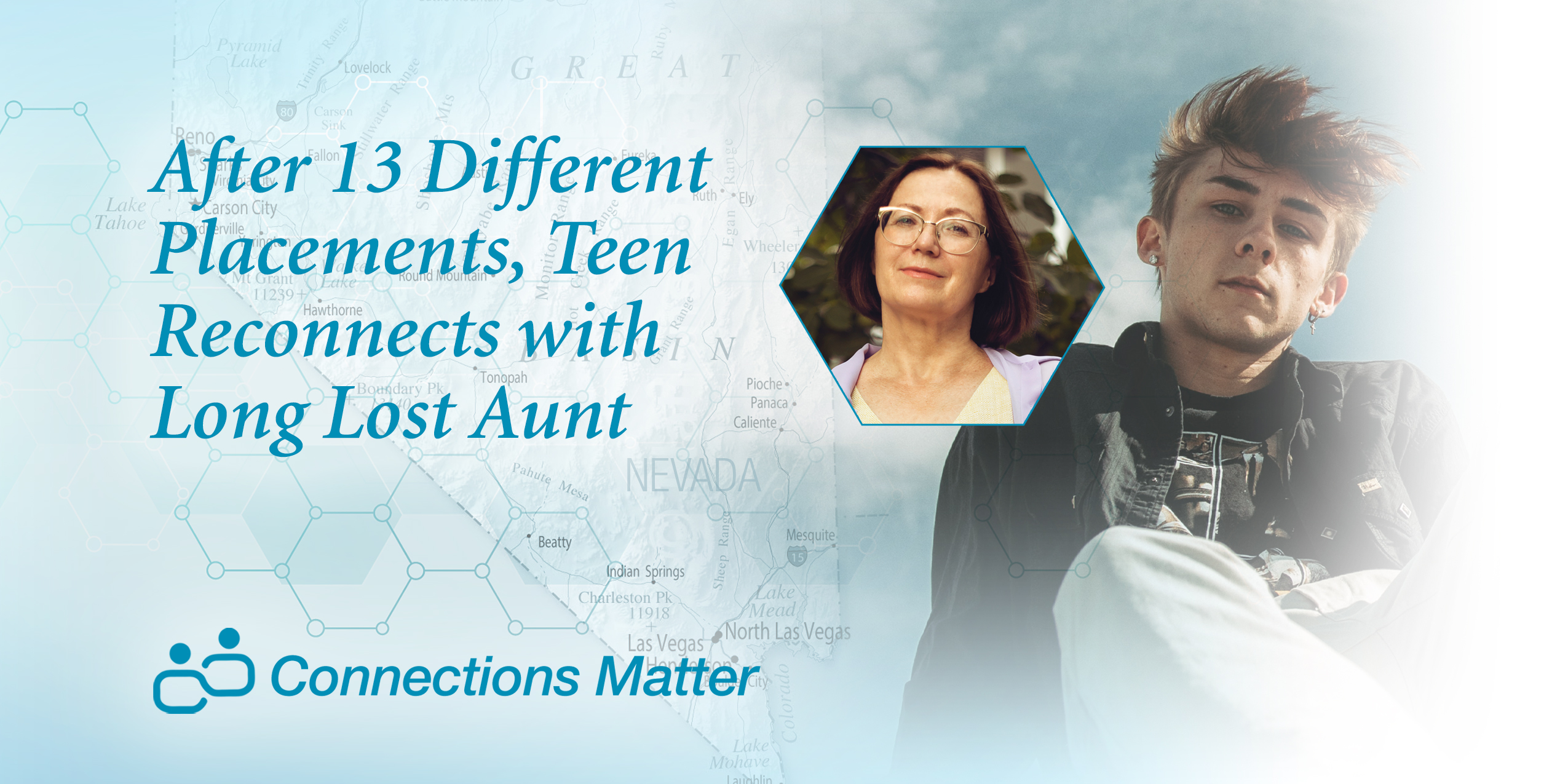 When a Youth Connections Advocate from Raise the Future started using our technology tools, she found a paternal aunt who had previously been in J.D.'s casefile. No one had been successful in tracking this particular aunt down. A name and an old number was the only information J.D.'s Advocate had on J.D.’s aunt. When J.D.’s Advocate plugged in his aunt’s name and number into our Family Connections platform, the aunt’s social media account popped up. From there, the Advocate reached out to the aunt who’s now back in J.D.’s life.

J.D. 's Youth Connections Advocate has found several other relatives using our People Search and Family Connections tools, but the most meaningful connection to date is the one he has with his paternal aunt. They are rebuilding their relationship, which is significant. Outside of his parents, J.D. 's aunt was the closest relative he had prior to entering foster care. They have been writing each other letters, catching up, getting to know more about each other again and keeping in regular contact per J.D.’s wishes. It took some time but now J.D. is emotionally ready to talk about reunifying with his aunt. His Youth Connections Advocate is now looking into making this reunification happen.

These connections matter. If you want to help more children in foster care like J.D., you can do so by donating HERE.