July 26, 2021
Tweet
TEXAS: While Mateo is only fourteen-years-old, he has experienced a lot of hardships in his young life. He has been in foster care for the past ten years and bounced around in many placements such as foster homes and residential treatment centers. Because of the long amount of time Mateo spent in foster care, to no fault of his own, many people gave up on him. He was an old case with no prospects of ever finding a forever family. 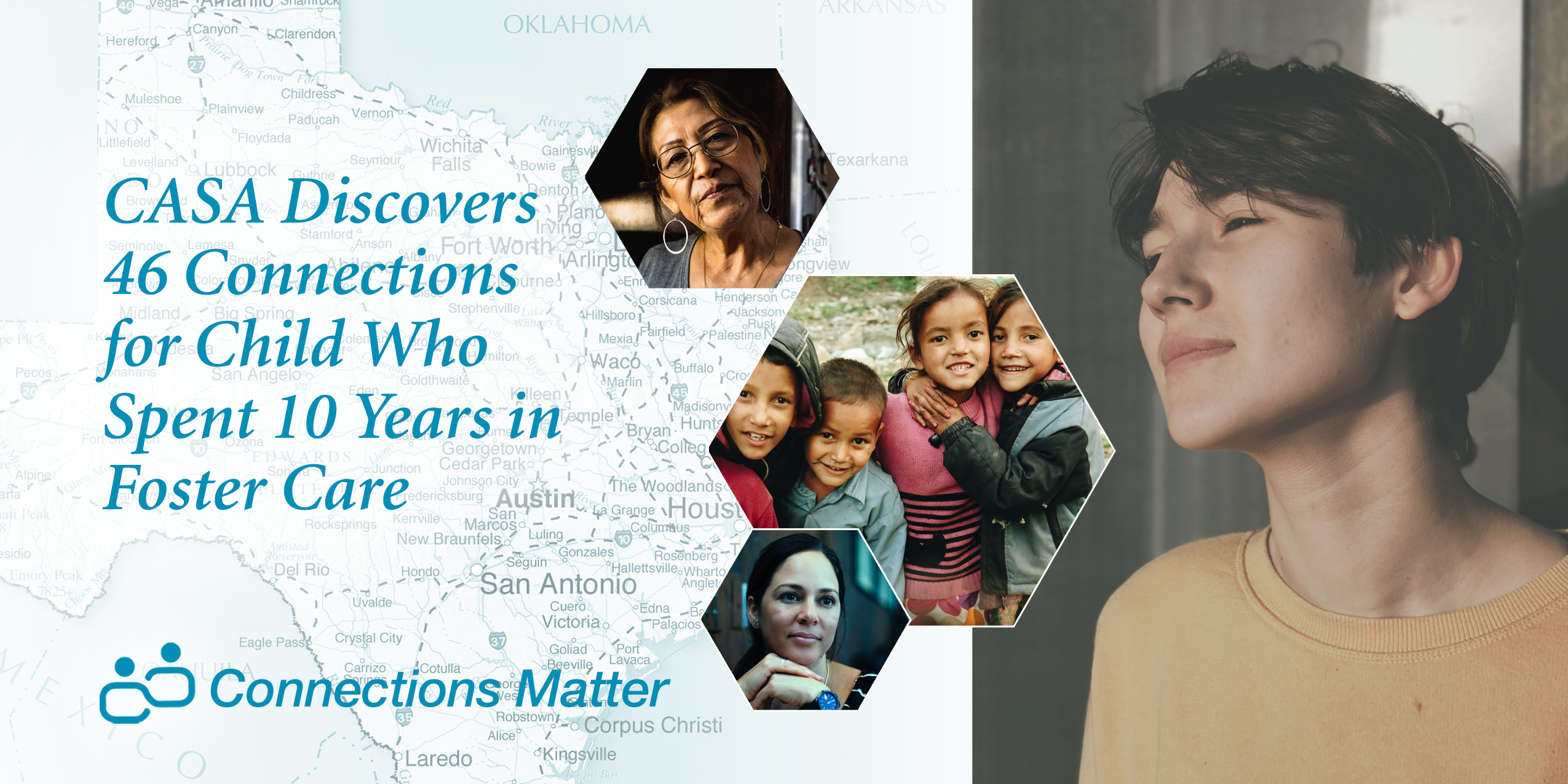 Last year, a Collaborative Family Engagement (CFE) professional from Big Country CASA took on Mateo’s case. She was determined not to give up on Mateo even though his file looked bleak. In it, there were three family members listed and two of those were his parents, both who were incarcerated and had their rights terminated in 2013. Through additional case mining and using the Connect Our Kids’ Family Connections Tool, the CFE team was able to locate 46 potential connections for Mateo! It turns out he has a large network of relatives from both his mother and father’s sides. These relatives lost track of little Mateo because of his many moves.

CASA has been able to reconnect Mateo to his paternal grandmother, a paternal aunt, two maternal aunts, a maternal uncle and many cousins. While living in a residential facility these last two years, Mateo has repeatedly said he wants a family. In a hearing recently, the judge ordered Mateo to be placed with an aunt in the same community with his many family members.

Both CASA and Connect Our Kids are very excited about the opportunity for Mateo to experience normalcy during his high school years. He wants to play football, basketball and maybe even get into boxing! Mateo is also looking forward to the holidays and special times with his family, finally, after 10 years.

Connections matter. Want to help more children like Mateo? You can help today by donating HERE.‍