Dylan Discovers Siblings He Didn’t Know He Had

Tweet
MISSOURI: Seven-year-old Dylan spent two years in the foster care system. His mother was arrested on drug-related charges and child endangerment. She could not stay clean or complete the tasks needed to have him return to her. 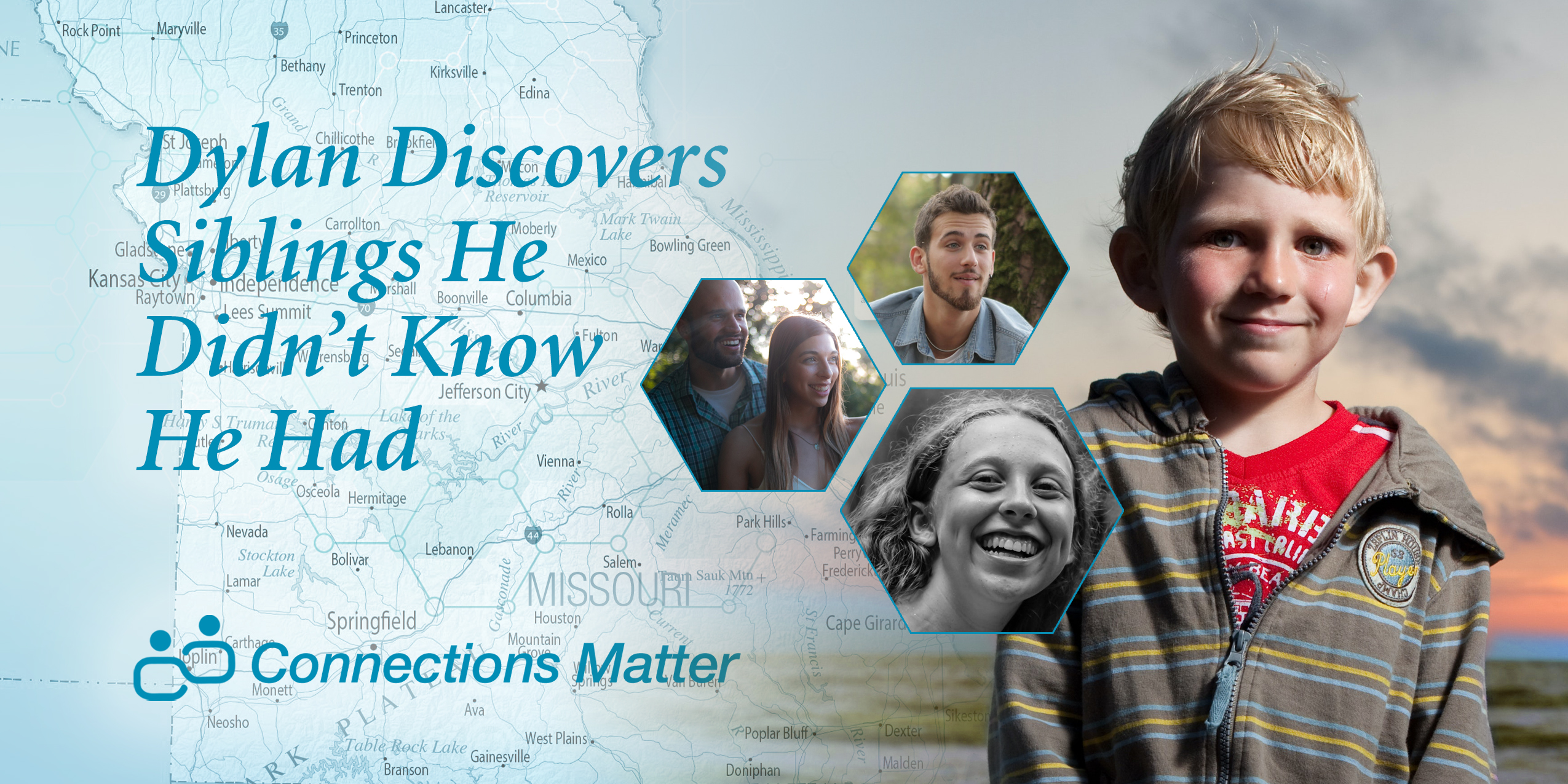 When Dylan’s kinship supervisor from a local child welfare agency began using the Connect Our Kids technology platform, she identified a distant relative who shared that Dylan had an uncle. When the supervisor reached him, she was surprised to learn that Dylan also has four adult half-siblings adopted by the same family that country records did not reveal.

During individual outreach calls, each half-sibling described their adoption experiences as themost significant blessing of their lives. They were pleased to learn that Dylan had an opportunity for adoption with his current foster mother, who loves him very much. Each expressed gratitude for the introduction and a commitment to becoming permanent family connections in his life.

Dylan’s siblings understand the value of the gift of a loving adoption. They are committed to staying connected to him and want to help him take advantage of the opportunity with his foster mother.

These connections matter. Want to help more children like Dylan? You can help today by donating HERE.