Relatives and a Home Found for Teen Boy

December 15, 2021
Tweet
OHIO: Noah is a teenager who entered foster care as a toddler. His father was never around and his mother has been unable to care for her child. Until Noah started working with a Wendy’s Wonderful Kids® (WWK) recruiter, there had been no communication with his mother over the past ten years. Noah’s WWK recruiter was able to track down his mother thanks to the Connect Our Kids tools, which provided Noah’s mother’s latest, updated contact information. 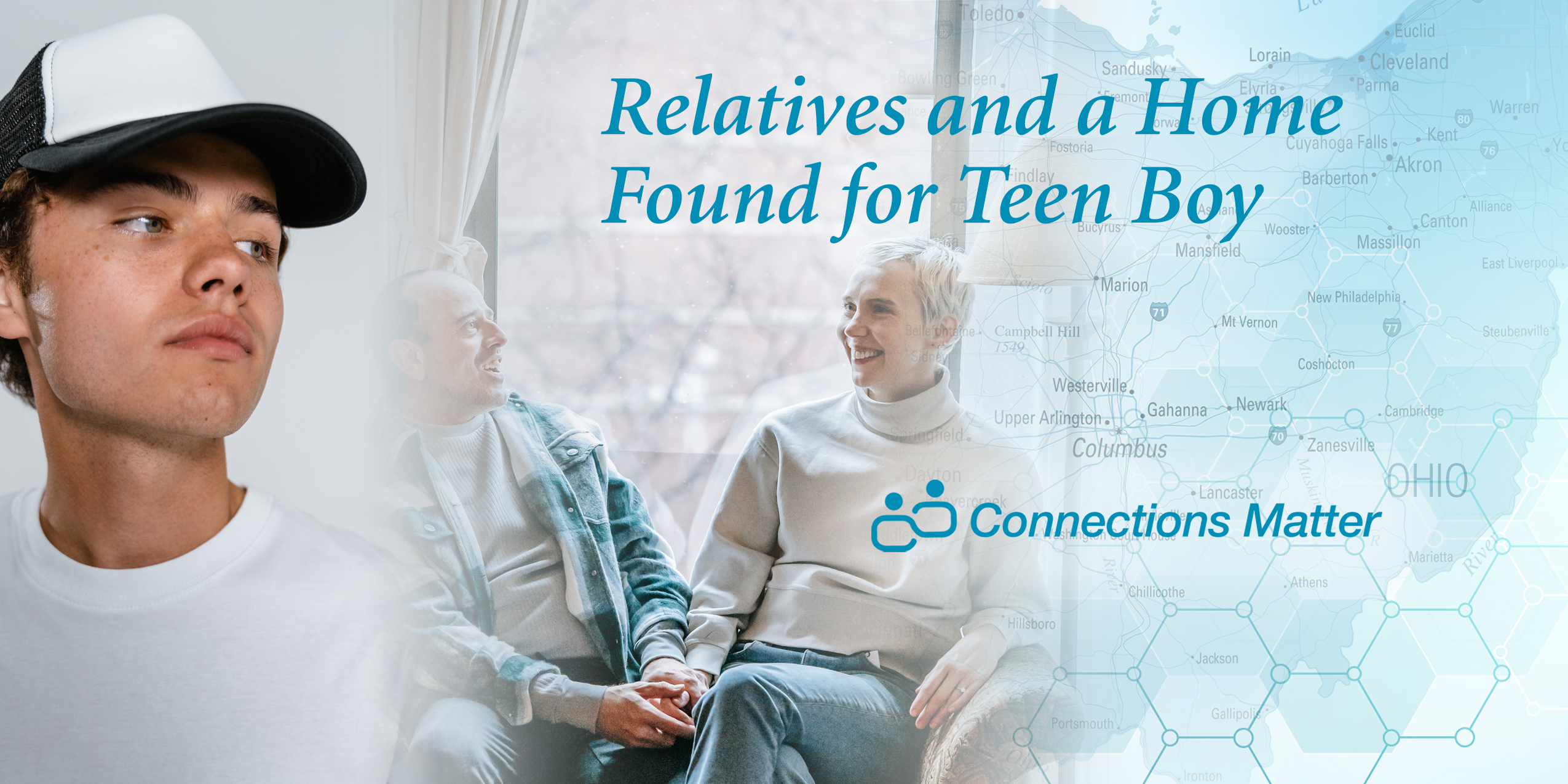 When Noah’s mother was contacted, she shared that she wanted to help find a family to take care of her son since she could not. She calls the WWK recruiter every couple of months to check-in to help find people for her boy. She has offered a few relatives' names but unfortunately, none of them were qualified to become licensed adoptive parents. These relatives are, however, interested in being involved with Noah’s life somehow.

His mother will keep trying. So will his WWK recruiter.

In one face-to-face conversation, Noah informed his WWK recruiter that he used to go to church and liked one couple in particular. Immediately, his WWK recruiter went ahead to investigate. The problem was, Noah only remembered the couple’s first names. There were so many couples who attended that church.

There was no way to know who this couple was or how to contact them.

Noah’s WWK recruiter was able to get full names and a location by interviewing Noah’s former foster parent and another foster family in the area. Those full names and a precise location were enough for the People Search tool to capture the couple’s latest address right away.

This couple from Noah’s former church responded to the WWK recruiter’s letter as they remembered Noah and liked him very much. They were excited to reconnect. After re-establishing contact, the couple eventually became licensed foster parents. Noah is now living with them. His new foster parents are committed to supporting Noah no matter what, and however they can.

These connections matter. Want to help more children like Noah? You can help today by donating HERE.