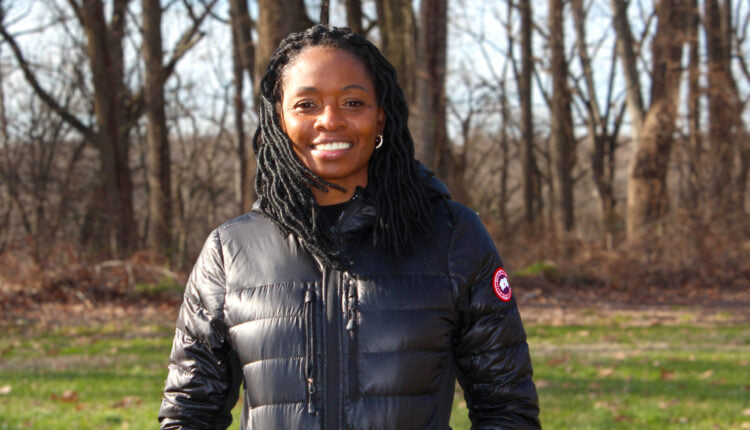 Now 52, Cohen — a motivational speaker and former boxing champion who lives in Northwest DC — never had a birthday party as a child and has almost no family photos. She and her four brothers were placed in foster care when their mother was deemed abusive and unfit to care for them.

Through all the changes, there was only one thing that made Cohen — the youngest of the five siblings — feel she had any kind of permanence: She was able to live with two of her brothers most of the time when she was in the custody of child welfare services. In the first foster home, all five were together. But her sense of “home” evaporated later when her two youngest brothers were taken away and placed in different homes, as well as after the other two ran away to live with their birth mother.

“It got hard when Jeff turned 13, and I turned 12, because he’s all I had,” she recalled about a turning point in her childhood. “We had traveled all around, and we were very, very tight. … It was the sixth move — he was moved out and they separated us, and that was when I really had to switch on the coping mechanism.”

Cohen said she became depressed and angry, particularly when she had to move out of a home where she felt welcomed and loved. Such decisions — made without her input — seemed unnecessary and cruel, she said.

One of Cohen’s coping mechanisms was to participate in the Junior Reserve Officers’ Training Corps and as many other extracurricular activities as she could — whether she was interested in them or not. “The way I dealt with it, when I was able to join things in school, I’d join the band, and ran track, or softball,“ she said. “I hated track, but I ran track because I just didn’t want to go home.”

With each move, she learned not “to get attached to things.”

“I understand that any and every thing that you have is short term,” she said. “Only thing you’d want to keep is people.”

Yet growing up she didn’t want to make friends: “I’d make friends and move and you didn’t see them again.”

Foster care can be tough on children

Cohen was born at Freedmen’s Hospital (now Howard University Hospital) and then placed in St. Ann’s Infant and Maternity Home (now known as St. Ann’s Center for Children, Youth and Families) in Hyattsville, Maryland. At the time, her mother was being treated at St. Elizabeths Hospital, a psychiatric facility in Southeast, and her brothers lived at Junior Village, a city-run orphanage in Southwest that was shut down in 1973. Many children lived there after being removed from their families because of the conditions of their households, and Cohen herself spent about a year there before moving to her first foster home

Children in foster care are more likely to experience trauma, according to research on adverse childhood experiences, or ACEs, which include emotional and physical abuse, neglect, domestic violence and having a parent with mental health and substance abuse problems. A national 2014 study of children engaged in the child welfare system found that 42% experienced four or more ACEs, a level of traumatic exposure in childhood experienced by only 12% of adults overall, according to the U.S. Centers for Disease Control and Prevention and the CDC-Kaiser Permanente Adverse Childhood Experiences (ACE) Study.

Children who experience ACEs face an increased risk of a host of health problems as adults, including depression, anxiety, post-traumatic stress disorder (PTSD), substance abuse, cancer, diabetes and heart problems — and the more trauma they experience, the greater their risk for these problems.

As an adult, Cohen realized she needed outside help to accept the circumstances of her childhood, and started seeing two incredibly helpful psychologists. “They were a godsend,” she said. “They really helped me keep a realistic perspective on things even though everything I’ve been through seemed unreal.”

To make up for some of what she lost out on as a child, Cohen is careful to celebrate milestones and family moments with her husband, Neil, and her two adult children from a previous marriage — a daughter who is a social worker and a son who has served as a captain in the Army, a pilot in the National Guard, and a contractor for the State Department. Cohen is finishing up a master’s of legal studies at American University, and enjoys being civically engaged through the Rotary Club of Washington D.C., where she chairs Rotarians for Equality for Black People.

In 2015, she published a book about her experiences — Being Too Fierce: One Woman’s Incredible Journey From Foster Child to World Championship Boxer — as a way to tell her story of overcoming trauma. The book title comes from the name she used while fighting professionally from 1996 through 2003 — Lisa “Too Fierce” Foster. During her career, she won the International Female Boxing Association Junior Featherweight World Title. The book title also speaks to her athleticism as well as a persistent cautiousness and protectiveness she had to adopt growing up. She endured physical, sexual and mental abuse, a detachment from her birth mother, and constant worry that something small that happened in a foster home could result in an abrupt reassignment.

Given the subject matter, writing the book — which features excerpts from her foster care files and painful recollections of her childhood — was sometimes a difficult experience. “There were times I even had to stop writing and turn away because it was too much,” she said.

Though it’s painful to relive her early experiences, Cohen said she feels a responsibility to share her story because she spent too long feeling she had no way of speaking up for herself. She also did it for the many other children in foster care: “Through my story, I want to encourage them to use the power of their voices and scream loud and proud that they too will make it through.”

The coronavirus pandemic has strengthened her passion for advocating for foster youth, which she has done as a strategic adviser to Connect Our Kids, a Virginia-based nonprofit focused on finding permanent families for foster children. Before the pandemic, she traveled and spoke to different organizations — particularly those that work with youth. She plans to write a series of books for children in foster care.

“I identify with them and want to let them know that there are people who see them,” Cohen said. “We see you and the bad experiences that you’ve had — it’s not you, and you’re not trash even if you have to use trash bags to carry your belongings from place to place. I want them to have a way to understand what is happening to them.”

This article featuring our Connect Our Kids Ambassador and Advisor, Lisa Cohen, was originally published by The DC Line. Photo was taken by Sierra Lewter/Urban Health Media Project. If you want to nominate an Ambassador, email us here.