Tweet
OHIO: Ryan’s father was not in the picture for the first seven years of his life, but his mother was. They spent every day together and took lots of photos, and life was good until Ryan’s mother, who was young and single, went through a tough time and didn’t have the means or family to support him. With few options, she relied on a childless married couple who offered to adopt Ryan and convinced her they could give her a son a better life. They had a lovely house and loved Ryan, so it seemed like a good idea. 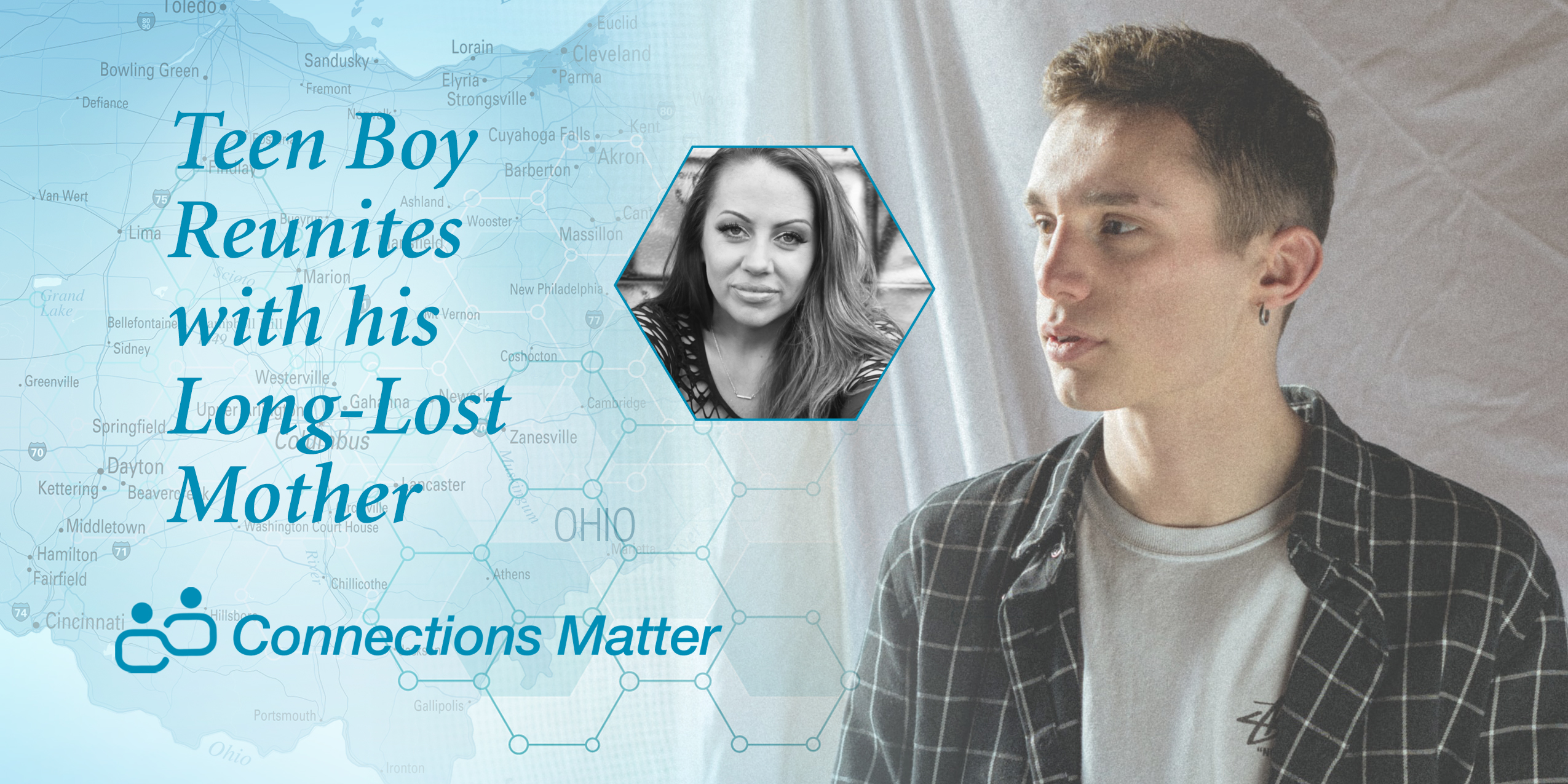 Once the adoption was finalized, Ryan’s mother was slowly cut off from her son’s life despite her attempts to reach out. Years later, Ryan entered foster care because his adoptive home became unsafe. His birth mother was not notified since she lost her legal rights upon adoption, and it wasn’tuntil a Wendy’s Wonderful Kids® WWK recruiter reached out to her that she knewher son was in foster care.

Finding Ryan’s mother was not easy initially because the adoptive parents gave misleading information. His WWK recruiter didn’t even have his mother’s name, and Ryan was too young to remember her full name. Since Ryan’s mother never interacted with child welfare, there was no record of her.

However, Ryan’s WWK recruiter dug and found his original birth certificate, which included his mother’s full name. Then she entered her name into the Connect Our Kids platform and instantly found Ryan’s mother’s social media and contact information.

Ryan’s mother lives a few states away. Knowing how important it was for Ryan to see his mother after so many years of no contact, Ryan’s WWK recruiter and case worker drove 16 hours one way so that they could reunite him with his mother. It was a beautiful and touching reunion that included a long bear hug.

Ryan spent several wonderful days with his mother, laughing, cooking, and bonding. She shared with him a box of dog-eared photo albums she had of the two of them from their earlier years.

Ryan and his mother are now making plans to live together. They have new memories to create, more photos to take, and so much to catch up on. Mother and son are pleased to be back in each other’s lives and are determined never to be separated again.

They plan to spend the upcoming holidays together after losing contact ten years ago.

These connections matter. Want to help more children like Ryan? You can help today by donating HERE.‍