September 13, 2021
Tweet
NEVADA: While most teenagers live at home without worrying where they’ll live day-to-day, this was not the case for Dakota. He entered foster care as a pre-teen and spent the last six years living in institutions and several foster homes. On top of his tragic home life, school was no better. His self-imposed isolation alienated him from having allies at his school and peers who he can hang out with. Given all that he has been through, it’s no wonder why Dakota largely kept to himself. 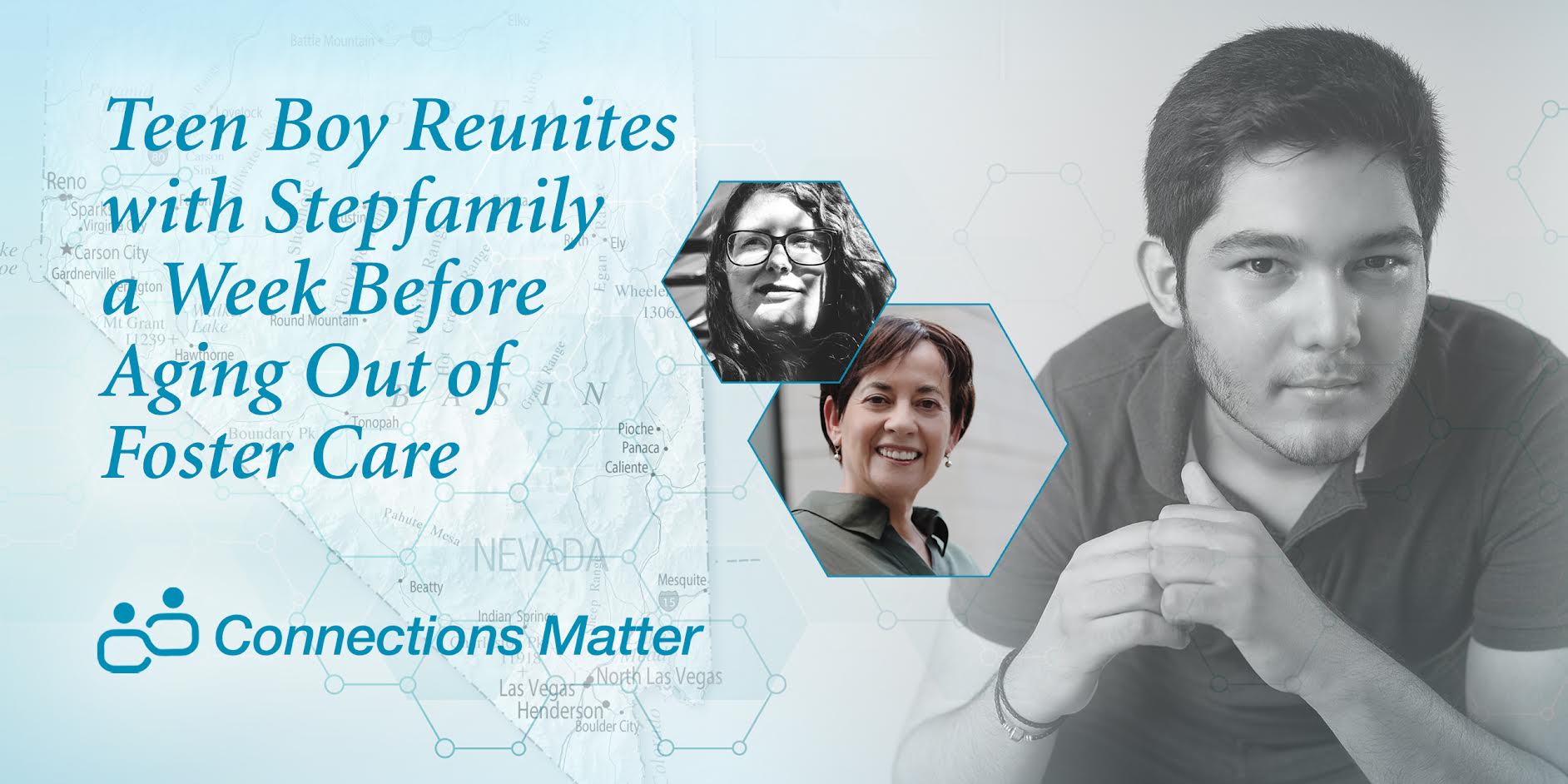 When a Youth Connections Advocate from Raise the Future took over the responsibility of finding a connection for Dakota, she had very little to work with. Dakota’s biological dad’s side of the family ignored all previous efforts for reunification. As for his mother’s side of the family, they yelled and threatened the family recruiter who reached out to them. All this dedicated family recruiter wanted to know was who would be willing to be in Dakota’s life?

With no cooperation from Dakota’s immediate family, his advocate relied on the Family Connections tool to find meaningful relationships. When she looked up Dakota’s stepfather, she discovered that he had siblings. One of these siblings led the Advocate to talking to Dakota’s Step-Grandmother and Step-Aunt who was close to Dakota as a youngster. It turns out, they had been looking for Dakota for nine years.

It is understandable why Dakota has a hard time trusting people. But after six months of slowly reintroducing his Step-Grandmother and Step-Aunt back into his life, he agreed to visit them in person. After many phone calls and letters, a week before Dakota aged out, the Advocate was able to fly his Step-Grandmother and Step-Aunt out to Dakota. They all spent three days together and rekindled their relationship, just in time for Dakota’s transition into adulthood.

These connections matter. If you want to help more children in foster care like Dakota, you can do so by donating HERE.