Tweet
OHIO: Leon* entered foster care on two separate occasions. The first time he was infant when his young single mother, who had little support, struggled to care for him. She was a high school drop out with two other young children and was overwhelmed. She relinquished her parental rights and entrusted Leon’s care to a family friend, hoping to give him a better life. 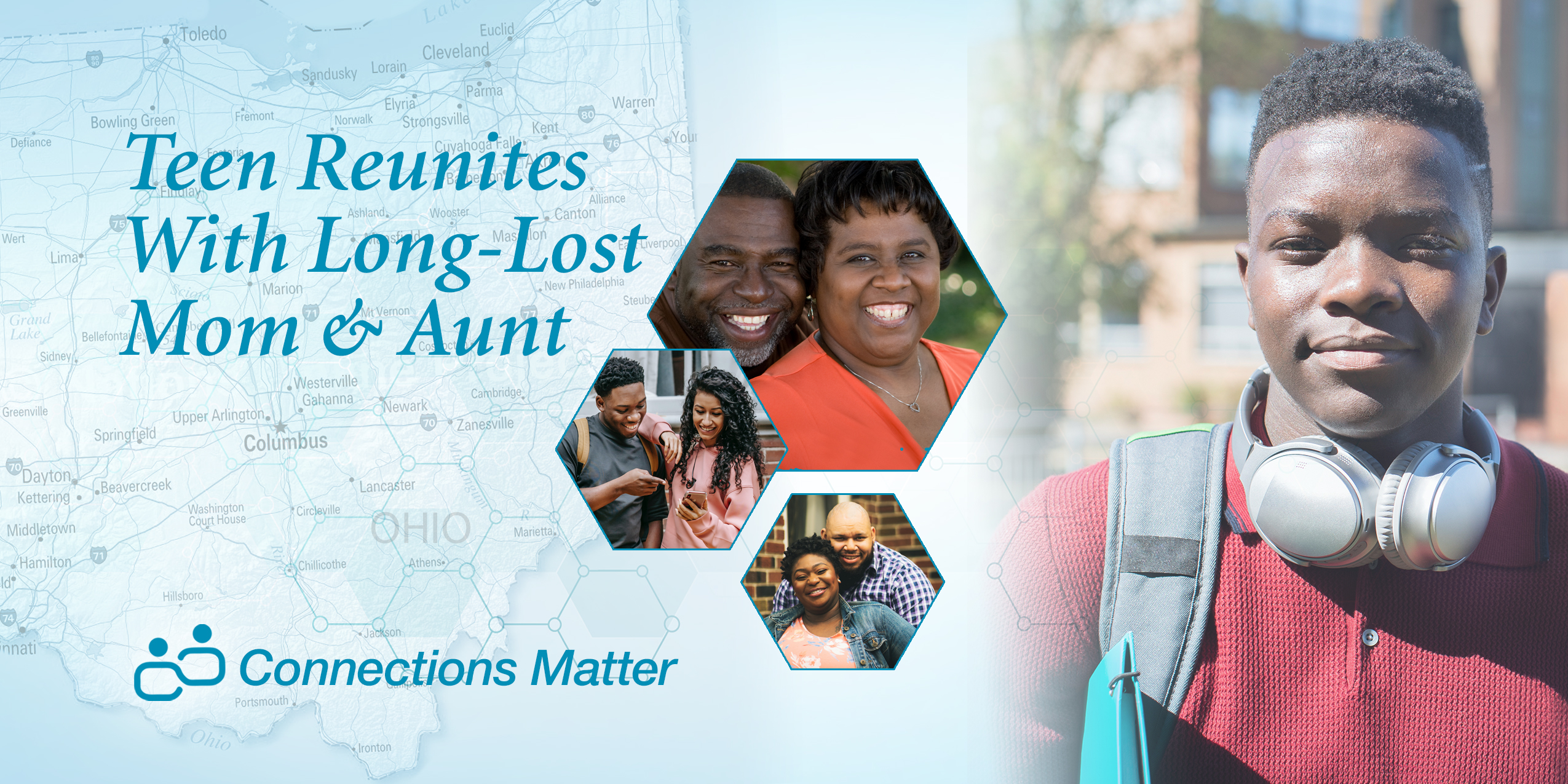 After several years in their care, Leon was then adopted by another couple. With a new name, family, and home town, Leon grew up without a deep sense of personal identity.

In his preteen years, Leon started exhibiting adolescent behaviors and his adoptive mother placed him in a temporary residential program in an attempt to stabilize him. While he was getting help, his adoptive mother abandoned him and moved out of state. Leon was naturally devastated and would spend the next two years in various foster care settings.

Then a Wendy’s Wonderful Kids® (WWK) recruiter from Northeast Ohio Adoption Services came into his life. She quickly located his mother and aunt using the Connect Our Kids technology platform. Reunited with Leon on a phone call, his mother and aunt were shocked to learn Leon was not well-cared for and loved.

Already a licensed foster caregiver, Leon’s aunt immediately offered to give him a home but he panicked that he would be placed in foster care again and began acting out. His aunt reassured him that they were family - forever. She has since adopted Leon, and he has returned to using his birth family nickname. Happy to be with family again, Leon enjoys athletics, and is socially outgoing. His aunt offers stability, engagement and, most importantly, unconditional love.

Connections Matter. Want to help more youth like Leon? You can help today by donating HERE.